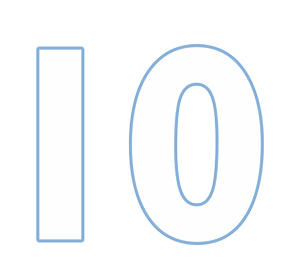 2011 was a really good year for music with new albums from a lot of great artists. So we thought we’d put together a list of some of our favourites and hopefully you’ll hear something you like that you haven’t heard before. So these are ours, tell us yours ‘cos I’m sure we missed some…

10. Between the Buried and Me – The Parallax: Hypersleep Dialogues

While strictly an EP rather than an album (a full album sequel will follow) it’s still over 30 minutes in length, in three songs no less. This is sprawling progressive metal delivered excellently and deserves repeated listens. While it doesn’t live up to their full-length “Colors” it’s a very promising first part to the two part concept of “The Parallax”.

A very strong follow up to 2009’s “Crack The Skye”. They could have pushed further into the progressive territory explored in that album but instead (and perhaps more cleverly) chose to reign those elements in and refine them to create a more accessible stoner/prog/metal hybrid that has served to propel them even further into the mainstream.

Crowbar are one of those bands that should be a lot bigger than they are, they’ve been going for about 20 years and unleashing New Orleans sludge metal on their fans reasonably consistently for that time. “Sever the Wicked Hand” is their first album since 2005’s “Lifesblood for the downtrodden” and it’s also one of their strongest albums to date coupling an expansive heaviness with taught emotional vocals delivered flawlessly. Let’s hope it’s not another 6 years for a follow up.

Opeth founder and frontman Mikael Åkerfeldt promised to deliver something of a throwback album and while there is a definite vintage feel to “Heritage” it feels new and interesting. Gone are Mikael’s death metal leanings, instead we’re treated to an atmospheric & progressive jazz/rock fusion album and it sounds fantastic.

It’s probably a contentious choice for the top 10 because there’s so many metal heads out there that continue to be disappointed by the direction The Haunted have been heading in for the last 6-7 years. However, judged on its own merits “Unseen” is a strong album that’s more hard rock than it is thrash metal. Check it out!

There’s not a lot you can say about Björk, she’s Björk. She also used narration by David Attenborough at the beginning of the Biophilia live performances (10 out of 10 for epicness). Each song has hidden depths that reveal themselves over time and latch on the brain. The concept of nature and science explored by the album has given Björk the opportunity to step outside her usual melodic leanings and she delivers something really fresh and very modern sounding.

4. Puscifer – Conditions of my Parole

The second full length album from Tool frontman Maynard James Keenan’s side project Puscifer. Overall it’s a much better and more refined effort than 2007’s “V is for Vagina” that fuses guitars, electronic beats, great vocals, a thick mid-west country vibe and a huge tongue in a huge cheek. It’s probably one of the most listenable and diverse albums on here, it’s had a lot of spins and we’re not bored yet.

Road Salt Two is the follow up to Road Salt One, the album that began Pain of Salvation’s musical journey into the past. It feels like a much more complete work than the first instalment and the 70s vibe is more consistent throughout. You’ll either love this or hate it, the sound, production and vocals are all going to polarise opinion. Indifference is not an option.

2. In Flames – Sounds of a Playground Fading

In Flames haven’t sounded this good in a while. Despite being consistently good they’ve really brought it together here, their new sound (“Reroute to Remain” onwards) with some of their older magic (think “Whoracle” and “Colony”). The production here is one of the best, if not the best in the list. The synths are used to musical perfection, never stealing from the guitars and always adding to the song. Oh, and have I mentioned the production yet?

Balls out aggression is the order of the day from this little known US act, this is a raw album with brutal guitar tones and in-your-face drumming. The whole album has an oppressive and ominous vibe that shakes the earth. It’s without doubt the heaviest of all the albums in this list, but that’s not why it’s number 1. It’s number 1 because it’s consistently great, there’s not a bad track on here.